The 8 time NBA All-star and 3 time NBA Defensive Player of the Year is very close to return to Los Angeles Lakers (LA) where he once played a season with the Lakers in 2012-13.

The Los Angeles Lakers are bringing back veteran Center Dwight Howard from the Memphis Grizzlies on a buyout for the new 2019-2020 NBA season after his several meetings with Lakers officials, where he can earn $2.6M on his vet minimum deal with the Lakers, NBA sources tell.

Lakers were reportedly very cautious of his conducts on and off the court with teammates and coaches but Dwight assured them that he is humbled and will be careful with his actions.

Dwight was in consideration as a desperate replacement for Lakers’ newly signed 29-year old Center Demarcus Cousins, after the 4 time NBA All-star tore his ACL in pre-season workouts on August 15. Joakim Noah and Mo Speights also completed workouts and meetings along with Howard at Lakers facility today but the latter seems to be the one getting the nod.

Dwight Howard had been reportedly working on his health and fitness, dropping 25 pounds and showing no apparent signs of his back problems. Once a 3x NBA Defensive Player of the Year and 5x All-NBA first team with Orlando Magic, Howard has been on 05 different teams in last 07 years now, trying to find a team where can settle and play for long. He has also been 5x NBA Rebounding Leader and 2x Blocks Leader, a resume that makes him a first-ballot Hall of Famer.

Though he had many injury problems in the past few years that had contributed to his decline, he still has managed to fill the stats sheets every time. He’s still one of the best rebounders and rim-protectors in the NBA, and that is exactly what the Lakers want from him in his limited role. 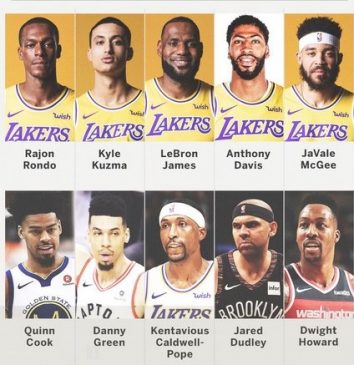