Objectives of the case:

The Evolution of Tourism: Benidorm:

Discussing the The Evolution of Tourism In Spain, Let me know that Benidorm is one of the most traditional sun and sand tourist destinations of the Mediterranean coast of Spain. In tourism literature, this place is considered one of the best examples for studying the tourism phenomenon in Spain. Benidorm is a town with almost 80,000 inhabitants but 1,748,564 visitors and 10,495,788 overnight stay per year. Benidorm is also known as the place with the highest density of skyscrapers per inhabitant worldwide, and the second one after New York due to its number per square meter. It has the highest hotel in Europe (Hotel Bali).

The best things to do in Benidorm is skydiving, enjoy on the beaches, get relishes with waterfall and many more sports, activities, singing,  dancing, and entertaining activities. this is the best and one of the most attractive places in the world.

Reasons; why did Benidorm become a tourist destination:

Following the reasons why this place got much attraction to the tourist and how this place become so famous for the tourists in a very short interval of time. There are many reasons, but the least have just displayed here as follows:

Benidorm and its history as tourists site:

This is a short representation of chronological events of the Benidorm and its history as a tourist place, it is given as follows: 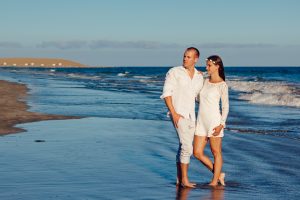 A Beautiful picture of Benidorm beach