Somerset has yet played total 12 matches, won 6, lost 5, and match washed out 1. Whereas, Babar Azam represented in 11 matches, as he was unavailable for the opening match of the franchise. In his 11 matches of his debut career with Somerset has scored 541 runs with an average of 60.11. Moreover, the next of the table is his opening partner Tom Banton, who also represented the franchise in 11 matches and scored 440 runs with an average of 40 runs per game.

Somerset, with 13 points is on 4th rank in the south group of the tournament. Yet they need to play with Surrey at the Oval on 27th August 2019 to get its confirmation of playing the next round of the knockout. Remember that Somerset has already beaten Surrey in the same month on 2nd August with a record chase. In that match, Surrey has scored 203/4 in 20 overs and Somerset comfortably chased down the target with only losing 2 wickets, where Babar Azam contributed 43 runs in 31 balls. 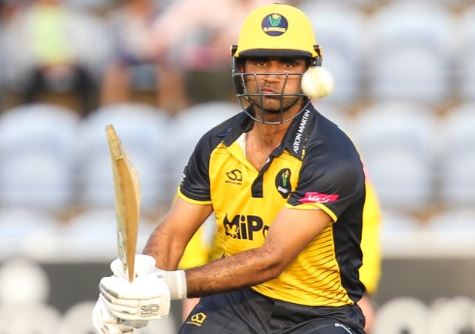 In the 12th match, Somerset flattened winless Glamorgan. In that match, Babar Azam was awarded man of the match as well as he made 63 crucial runs just in 42 balls with a strike rate of 150. Remember that Fakhar Zaman (A veteran opening left-handed Pakistani batsman) has signed with Glamorgan this year, but he was not in the playing 11 against Somerset because of his inconsistent performance for the team.