What is Unemployment? Those people who have no job or they are looking for some new job and are available to work are unemployed people. Unemployment is one of the major issues faced on a global level because without jobs, as they are major sources of income, common people will suffer and it becomes challenging for them to survive.

Why unemployment increases OR decreases?

There are two major sides which play the main role in the increase/decrease of unemployment: 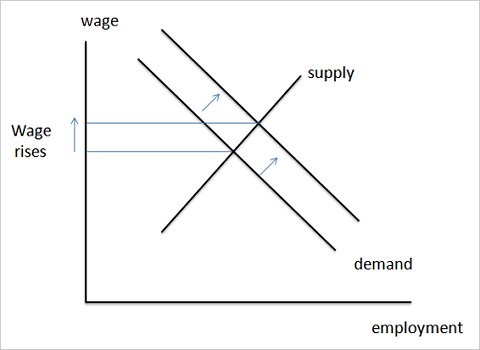 The supply side can include different types of unemployment like:

Similarly, there are many other external reasons, which lead to an increase in unemployment and has a huge effect on the global economy.

How unemployment rate can affect the economy?

The Relationship between unemployment rates and inflation rates is inverse. According to the Philips Curve, If Unemployment rate decreases, The Inflation must increase and the same case lies here. Let’s have a look at the curve. 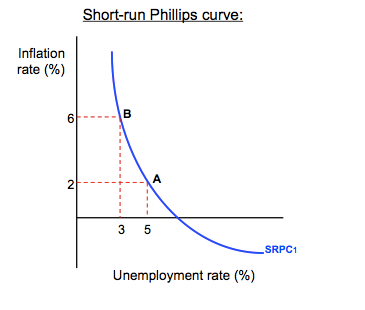 On the other hand, If we compare the rate and the GDP Rate, Here the OKUN’S Law applies, According to the rule of thumb it states that if Unemployment rate declines about 1%, The GDP Will increase about 2% which is a multiplier effect. Let’s have a look at the OKUN’S Law about the relationship of Unemployment Rate and GDP.

A sight on the statistics from US

The United States in 2010-11 has already observed a huge increase in the unemployment rate which caused a large negative impact on the US Economy. Usually, Unemployment falls during different periods also can be called as Extraordinary Events which can be like Tax Revenue Falls, Net Costs Increase, and Economic Prosperity etc. United States had always a goal to achieve full employment rate and decreasing the inflation rates. United States is currently working hard to achieve their goals. 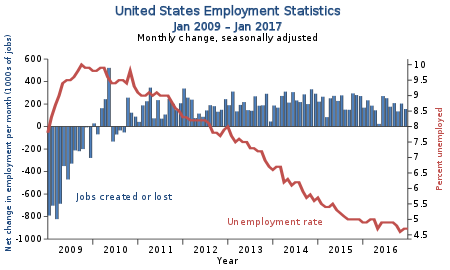 According to the recent paper published by “Bureau of Labour Statistics”, The research for the 48 states of America. A huge decrease in Unemployment Rate was observed. About 15 states observed a huge decline in Unemployment Rate which is a very good factor about One-Fourth states of United States are increasing their employment rates which is a big contribution to the economy. 3 states had the largest jobs gain, A large increase in these states which included: 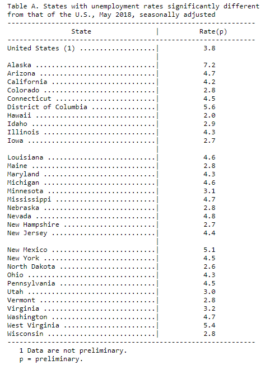 Here, Alaska with the highest Unemployment Rate of 7.2% and Hawaii with the lowest Unemployment rate of 2.0%, The Largest % gain occurred in Idaho +3.4% if we compare it with the last year. While other states excluding Texas, California, Florida which have already been discussed having the highest job gains. While the other states had minor changes or remained unchanged. United States is on its way to achieving the goal of Complete Employment Rate, However, these changes can be a big contribution towards the economy of the country.

The Author is an Economist and an administrator at Sambara Education System, Pakistan.

Watch How Potters made the whole village with their artistic approach